How the ear works

The ear is a special organ. It converts vibrations in the air into sound. How exactly does that work?
The ear consists of three parts that work together so that we can hear sounds. The outer ear (the auricle), the middle ear and the inner ear receive vibrations and convert these into signals that the brain recognises as sound. If one of these parts is damaged, the ear is no longer able to function properly as a whole and you will not be able to hear as well or at all. 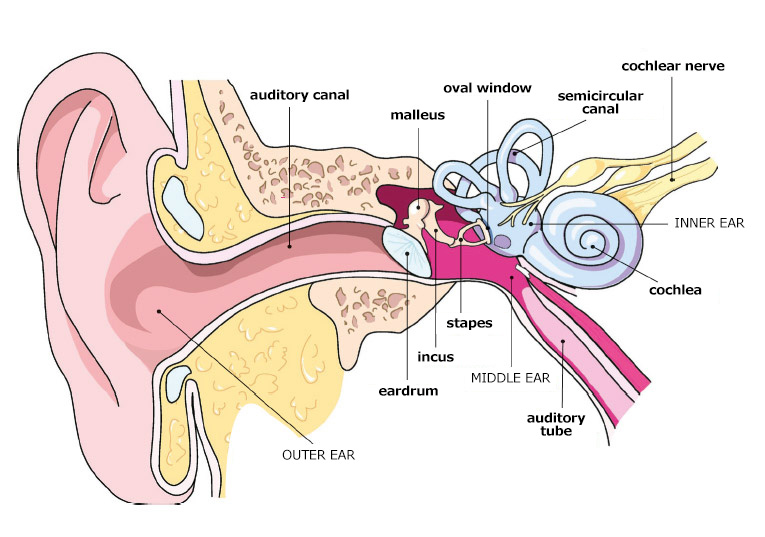 From vibration to sound